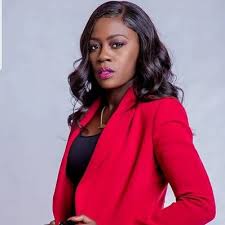 Esther Akoth, popularly known as Akothee, is a Kenyan Musician and businesswoman. She is the founder of Akothee Safaris( a tour company based in Kenya), Akothee Foundation, Aknotela and Akothee Homes, a real estate business.

Akothee was born Esther Akoth on 8 April 1980 in Migori County as the first daughter of her parents. She grew up in Migori, where she attended school. Akothee attended Nyabisawa Girls secondary school but dropped out one year later in form two (sophomore) before completing her high school program when she eloped with her boyfriend who was also in high school at the time and entered early marriage. After running away from home, her boyfriend went back to school and she was forced to start with her mother in law, for whom she worked as a house help for seven years.

Akothee has released several successful songs. They include

Oyoyo featuring McGalaxy, Give It To Me, featuring Flavour, Sweet Love featuring Diamond, Benefactor, Yuko Moyoni, New Dance featuring Oc, Osilliation, Nimechoka, Pashe, Katika, Djele Djele, Shengerera, Mama Bougerie, and Tucheze. Early March 2020, Akothee released Mwitu asa, a song written and sang in the Kamba language. Since Akothee is not a native speaker of the Kamba language, this was considered intriguing and popular among her fans; especially those from the Kamba ethnic group.

Akothee’s career in music started in 2008 and she has since released many solo titles as well as collaborations with popular artists, including Diamond Platnumz. She has also scooped several awards at home and abroad. They include African Muzik Magazine Awards, AFRIMMA – Best Female Artist (East Africa) 2016. African Muzik Magazine Awards, AFRIMMA – Best video. African Entertainment Awards USA – Best Female Artist. She emerges a voice in the Kenyans celebrity forum. Akothee is one of the most popular music artists in Kenya. With more than one million followers, her Instagram account is the tenth most followed of East African celebrities, behind Lupita Nyong’o, Diamond Platinums, Ali Kiba, Rayvanny, Harmonize, Eric Omondi, Huddah Monroe, Sauti Sol, Vera Sidika and Betty Kyalo.