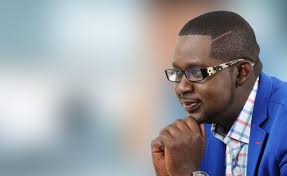 Biography of Churchill & Net Worth 2020.

Daniel “Churchill” Ndambuki(Born 30 October 1977) is a Kenyan comedian who hosts the comedy television show Churchill Show on NTV Kenya on Sundays and Thursdays. Churchill was born in Kitui town but moved to Machakos. He has worked in the comedy industry since 1996 and has now become a household name in Kenya. He launched the Churchill Live Comedy Show in September 2008 but was renamed Churchill Show during its third season in 2012. The show has given a platform to hundreds of comedians in the country, the most successful ones being Eric Omondi, Teacher Wanjiku, Professor Hammo, MCA Tricky, Jemutai, Magazine (DJ Shitii) and Dr Kingori.

Churchill has brought a new and fresh style of comedy to the Kenyan airwaves and mainstream media since early 2000, which has garnered him hundreds of thousands to millions of fans on radio, television, and the Internet. Churchill is now a Kenyan household name.

His hit show Churchill Live has increasingly become East Africa’s most popular and hilarious TV Show in addition to gaining momentous international interest from comedy enthusiasts in the US, the UK, India, Germany, and the rest of the world.

He hosts a weekly NTV show “Churchill Show” with live recordings on Thursdays at the Carnivore Restaurant which has become “a must-attend” event, Churchill’s show is in its fourth edition and currently the number one show in East and Central Africa with a viewership of 11,000,000 Kenyans across the country, according to ratings. Churchill became the first Kenyan to hit 1,000,000 likes on Facebook, by now he has garnered over 2,000,000 fan base in social network Facebook. the highest of any individual celebrity in Kenya. He is also the CEO of his company Laugh Industry Kenya.

Churchill Show Comedy TV program is now in Season 6 and has featured influential personalities, politicians and big entertainment names and all remarkable people across the socio-economic continuum “Interviews with Kenyan big names combined with a touch of Churchill’s brand of comedy doused in comic brilliance on production makes it a programme on par with none. All the while not forgetting the lighter note in “Toto’s corner”

Churchill as a mentor and pioneer in the industry of the genre, has managed to grow the comedy Industry in East Africa by scouting and nurturing talent. Initially with a talent search program dubbed ‘Top Comic’ that have put forward leading comedy brands, now there is the two weekly shows that air on TV i.e. #ChurchillShow & #ChurchillRaw…this offer a platform that acts as a spring board for the new talents and brands.

Working with a creative team of 20 mentors. The academy has managed to create 73 new comedians and counting, that have so far entered the market and are becoming household names with a thousands others still in training and more signing up everyday!

The Churchill Comedy Brand has grown by leaps and bounds and garnered loads of awards and honours including but not limited to: